by The Max Levine Ensemble 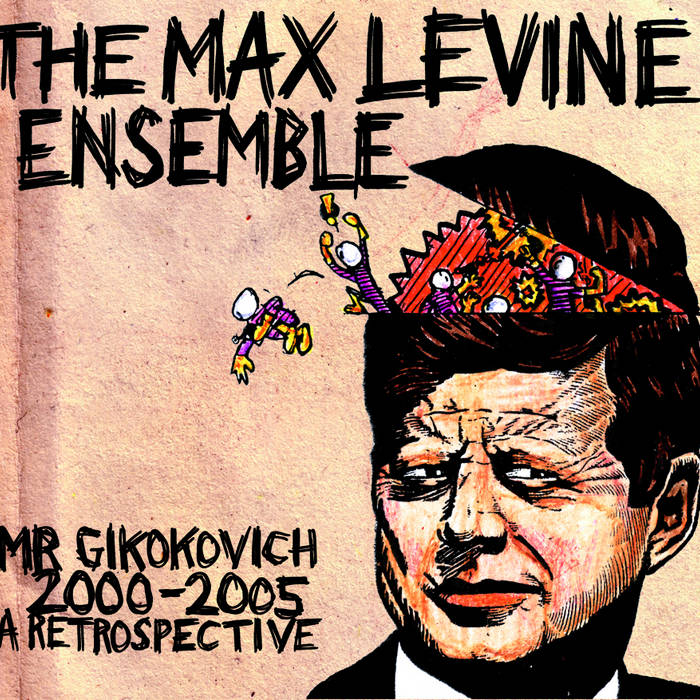 in case we run out of download credits, this is also available for free download at tmle.terrorware.com/discography

the year was 2010, and despite all rational expectations to the contrary, the max levine ensemble had been a band for 10 years. out of the 53 songs we'd written and recorded during our first 5 years as a band, there were only a few that still regularly made it on our set lists, and of those few, some of them had been completely rearranged. others, we played faster, or louder, or without a trumpet player, or just through better sounding equipment. it seemed to us, that if we were going to continue for another 10 years or whatever, we should document the songs as we play them now.

which isn't to say that we disown the old versions, in fact some of the original versions are probably better (in their own ways). also, the fact that we excluded 40 songs from this record shouldn't be read as a disavowal of any of our other songs. we're still proud of them, and they're still available on our website: tmle.terrorware.com, as well as here and there in other forms. it was tempting to re-write some of the lyrics in this reworking of the songs, but we've tried to maintain their original spirit, so for the most part the lyrics were untouched.

anyway, what was the question again? ah yes. we're happy to present our new/old record "mr. gikokovich." it's like, it's own thing.

track 1 was previously recorded for our split 7" with the spirit animals in 2005 on crafty records.

track 2 was previously recorded for our split 7" with the operation: cliff clavin in 2005 on plan-it-x records.

tracks 3, 6, 7, 11, and 12 were previously recorded for the "how to build an intergalactic time travel machine" CD in in 2003 on shake got the beets and fight the octopus records.

tracks 8 and 9 were previously recorded for the "songs that make you wanna jump up, run outside, grab a donut from a cop and yell CHACH RULES!!!" cdr in 2001.

Bandcamp Daily  your guide to the world of Bandcamp